Across the United States, many have awaiting legislation to catch up to public demand. Recently, many public figures have called on change. Progress for marijuana legislation is seeming closer to a reality in the new year.

To this date, up to 11 legislators across the US have publicly backed reforming cannabis laws.

The public display of willingness to work towards the change that is being asked for by the people is big news. No single lawmaker has the power to overturn the laws with a signature, but with enough public support, change is inevitable.

Here are some new and exciting developments in the states.

Currently weighing 4 different cannabis legalization bills, there are many paths New Mexico may weigh. The state sees marijuana as a viable option for tax revenue and job creation amid the pandemic.

Andrew Cuomo has released his 2021-2022 Executive Budget Proposal which included a path to legalize adult use. If his Cannabis Regulation and Taxation Act (CRTA) for New York gains traction amongst his peers in the state then change will come swiftly.

Not to be outdone, New Jersey has some big things on their books as well. Not only cannabis reform, but Psilocybin as well! Although voters in the state have recently voted legalize recreational use, but it could still be months before a recreational dispensary opens.

Governor Tom Wolfe (D) has stated that marijuana legalization as well as raising minimum wage is a priority. Although this has been stated publicly, at the time of this writing, there is nothing officially on paper.

Governor Laura Kelly (D) has a plan to use marijuana money to expand Medicaid. With its neighboring states all adopting medical legalization laws, Kansas is following suit with a new twist on using the money to aid in growing medicaid.

Another state that is going to start looking at medical marijuana. On Feb 20, 2020 the Kentucky House of Representatives voted 65-30 to pass a medical cannabis bill, HB 136. Although this is a far cry from being completed, it is a step in a great direction.

Members of the House Commerce Finance and Policy Committee voted 10-7 to advance a bill to legalize recreational marijuana. The bill still faces an uphill battle as it heads to the state’s senate.

With both House Bill 2312 and Senate Bill 1406 in motion, Virginia is well on the way to legalization with a rare case of support on both sides. With options to drop penalties for possession, taxation, expungements, and more being talked about, many options are on the table.

Tony Evers (D) revealed a plan to legalize marijuana. With an idea to tax marijuana as they do alcohol. While it was not mentioned in his budget speech, it was mentioned it would be in his fiscal plan.

With all this great news on cannabis in early 2021, the plant’s popularity is only getting higher (pun intended)! 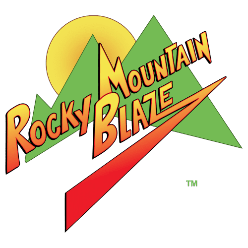 Disclaimer: This product is not for use by or sale to persons under the age of 21. Consult with a physician before use if you have a serious medical condition or use prescription medications. These statements have not been evaluated by the FDA. This product is not intended to diagnose, treat, cure or prevent any disease. By using this site you agree to follow the Privacy Policy and all Terms & Conditions printed on this site.

We're sorry, but you do not meet the required age to enter this website.